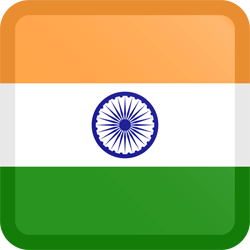 What does NRI mean?

NRI stands for Non-Resident Indian, and it is a status given to an Indian citizen who lives outside of India for a period of time that is longer than the prescribed limit.

An NRI is defined as a person who holds an Indian passport and has been staying outside India for employment, business, or vocation for more than 182 days in the immediately preceding financial year (April 1 to March 31).

An NRI has to fulfill certain criteria in order to be considered an NRI. These include holding an Indian passport, having stayed outside India for more than 182 days in the immediately preceding financial year (April 1 to March 31), and having income from foreign sources.

The status of NRI provides certain benefits to the individual including access to certain banking services, tax benefits, investments, and repatriation of funds.

It also gives the individual access to certain government schemes such as the NRI Investment Scheme, which allows NRIs to invest in Indian companies and receive benefits such as tax deductions, capital gains, and repatriation of dividends.

NRI status also allows the individual to maintain dual citizenship, meaning that they can hold both an Indian passport and a passport from their current country of residence. This provides them with the ability to travel between the two countries without needing a visa.

Finally, NRIs are also able to take advantage of certain tax benefits such as lower tax rates on income earned in India. They are also eligible for certain exemptions on certain investments made in India, such as the long-term capital gains tax exemption.

Overall, the NRI status provides a variety of benefits to Indian citizens living abroad, allowing them to continue to engage in activities related to India while taking advantage of certain financial benefits and opportunities.

Is NRI an Indian Citizen?

NRI, or Non-Resident Indian, is not an Indian citizen. An NRI is an individual of Indian origin who lives outside India and holds a foreign passport. NRIs are allowed to visit India without a visa, but they do not have the same rights and privileges as Indian citizens.

NRIs are subject to various rules and regulations when it comes to purchasing property in India, investing in stocks, and other financial activities. They cannot vote in elections, nor can they hold public office. They also do not enjoy certain tax benefits that Indian citizens do.

However, NRIs can apply for an Overseas Citizen of India (OCI) card, which grants them certain rights and privileges similar to those of Indian citizens. These include the right to work, study, and live in India, as well as the ability to purchase property and open bank accounts.

Despite not being Indian citizens, NRIs still have a strong connection to their homeland. They often maintain close ties with their family in India and stay in touch with their cultural roots. They can also make important contributions to India’s economy through investment and remittances.

Overall, NRIs are an important part of the global Indian diaspora and are vital to the development of India. While they may not be Indian citizens, they are still connected to India in many ways.

What is the difference between non resident and NRI?

Non-residents and NRIs (Non-Resident Indians) are two terms that are often used interchangeably, but they are actually quite different.

Non-residents are generally subject to the same income tax rates as domestic residents, but they may also be eligible for certain exemptions or deductions.

On the other hand, NRIs (Non-Resident Indians) are Indian citizens who reside outside of India. They are usually subject to different tax regulations than those applicable to domestic residents.

Generally speaking, NRIs are taxed on the basis of the duration of their stay in India. If they stay in India for a period of more than 182 days in a financial year, then they are considered “resident” for taxation purposes. In such cases, their global income is subject to tax in India.

On the other hand, if they stay in India for less than 182 days in a financial year, then they are considered “non-resident” for taxation purposes and their global income is not subject to tax in India.

Is NRI a US citizen?

No, NRI is not a US citizen. NRI stands for Non-Resident Indian and refers to a person of Indian origin who has migrated abroad and resides there. Such individuals are usually citizens of the country they have moved to but retain their Indian citizenship.

NRI’s are typically subject to different laws than those of US citizens.

For example, an NRI may not be able to vote in US elections or qualify for certain government benefits such as Social Security. In addition, NRI’s may be subject to different taxes when sending money back to India from the US.

NRI’s are also subject to different immigration policies than those of US citizens.

NRI’s may apply for temporary visas or permanent residence in the US, depending on their situation. However, they will not automatically qualify for US citizenship unless they go through the naturalization process.

NRI’s can still enjoy many of the same rights and benefits as US citizens, such as the ability to work legally in the US.

However, they may not be eligible for certain government programs, such as subsidized health care.

In short, while NRI’s are not US citizens, they can still enjoy many of the same rights and benefits as US citizens. They just need to understand the different laws and regulations that govern their status and plan accordingly.